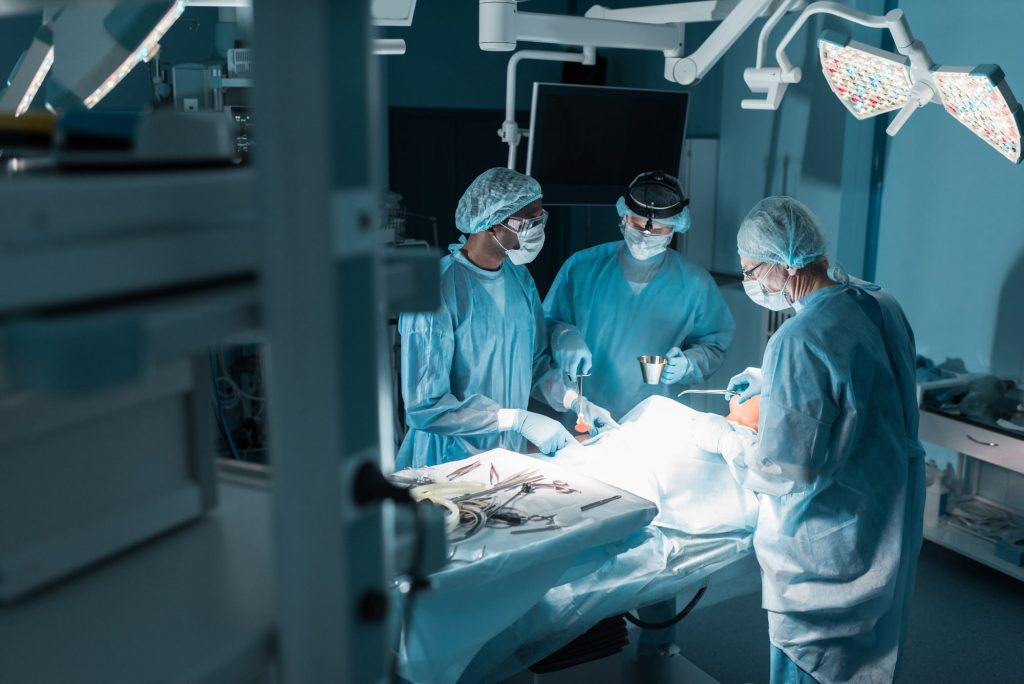 A History of Surgery: Surgical Techniques from Ancient Egypt to Islam’s Golden Age and Dawn of Modern Medicine

Surgery is commonplace today. But surgical procedures have been practiced since ancient times.

Surgical procedures has primarily been the technique that doctors use to treat health issues connected with a disease or injury, but it is also a method for diagnosing a health problem. But not always.

In the past century, surgery has increasingly been used to improve a person’s physical appearance or bodily function. But the origins of cosmetic surgery can actually be traced back to ancient times.

Surgeries have been performed for thousands of years, although the procedures were quite different in ancient times. It’s likely that surgery was being performed even before the dawn of civilization and recorded history. A common type of early surgery was known as trepanning, which involved drilling a hole in the skull. Trepanning was used to treat many health problems, including headaches and some mental health conditions.

Here’s a quick overview of notable points in the history of surgery and surgical procedures.

In Egypt, archaeologists and researchers have found ancient jaw bones from Egypt’s dynastic period with perforations that led them to believe that treatment of an abscessed tooth occurred to drain the infection. These bones have been dated to around 2,650 B.C.E.

In addition to ancient skeletal remains, a great deal of information about surgeries and medical practices in ancient Egypt has been found in ancient papyrus scrolls and on temple walls. Scholars and researchers believed that it was religious priests who performed surgeries in ancient Egypt, not doctors, and surgical tools included saws, scalpels, and scissors. Researchers have also found that if infections happened after surgery, Egyptians treated them with honey (which modern researchers have found to contain anti-bacterial and anti-inflammatory benefits).

Because human teeth contain a significant amount of mineralization and a dense crystalline structure, they provide some of the clearest evidence of surgery in ancient times. And one of the earliest evidence of dental surgeries come from the Indus Valley, where civilization emerged around 3,300 B.C.E.

The “father of surgery,” Sushruta, was performing surgeries between 1,200 and 600 B.C.E. Documentation from this period shows that surgery involved examination, diagnosis, and treatment of a variety of illnesses. There is also recorded evidence that cosmetic surgeries were performed, primarily with skin graphs and even reconstruction of a nose.

The ancient Greeks dedicated temples to their god of medicine, Asclepius. These temples were where people went for medical advice and treatment.

While Hippocrates is considered the father of western medicine, it was Galen of Pergamon (in modern-day Turkey), a Greek surgeon practicing in the Roman Empire, who was recorded to have performed eye (cataract) surgeries that resemble modern procedures. Documentation has been found that outlines surgeries such as the opening of abdominal abscesses to remove foreign material.

Researchers have also discovered the skeletal remains of ancient Greek men and women who had brain surgery. The remains of the patients showed that the doctors who performed the surgeries were experienced and skilled. They were able to perform amputations and set bones, and they also soaked wounds in wine to prevent infection.

Doctors practicing during the Islamic Golden Age were also quite skilled with surgical procedures. Abu Al-Qasim Al-Zahrawi (known in the West as “Albucasis”) discovered that it was possible to cure diseases by cauterization. Living in Muslim-controlled Andalusia, Spain, he also invented specific surgical instruments used to remove foreign objects from the ear and the throat.

Al-Zahrawi treated warts, likely performed the first mastectomy for the treatment of breast cancer, and treated head and spinal injuries surgically. He wrote out a clinical description of his surgical procedure to treat hydrocephalus, describing how he evacuated intracranial fluid from the brain.

In Europe, medicine and surgery became a trade, which eventually required years of study, apprenticeship and training. It also became increasingly codified. Rogerius Salernitanus wrote out surgical procedures around 1180 that became the basis of Western surgical practices.

New advances in surgery involved adopting a hands-on approach, which led to the discovery of crucial errors in what physicians knew about anatomy. From this point, surgeons had to learn and train by engaging in actual surgeries. It also became commonplace for doctors and medical students to dissect human cadavers to learn about human anatomy.

John Hunter, born in Scotland in 1728, is known as the father of modern scientific surgery. Hunter’s approach involved a combination of empirical knowledge and experimentation through surgeries. Hunter created new surgical techniques, and he was also instrumental in the development of pathology and infection control. Hunter believed that surgery should be a last resort in treatment.

Before anesthesia was developed, surgery was extremely painful, and surgeons had to work as fast as they could to minimize patient pain. Using anesthesia to manage pain during surgery was developed in the mid-1800s. Before this time, surgeons believed it was important for patients to be awake and aware of everything. Ether and chloroform were two of the first anesthetic chemicals used. With the use of anesthesia, surgeons were finally able to perform longer and more intricate operations.